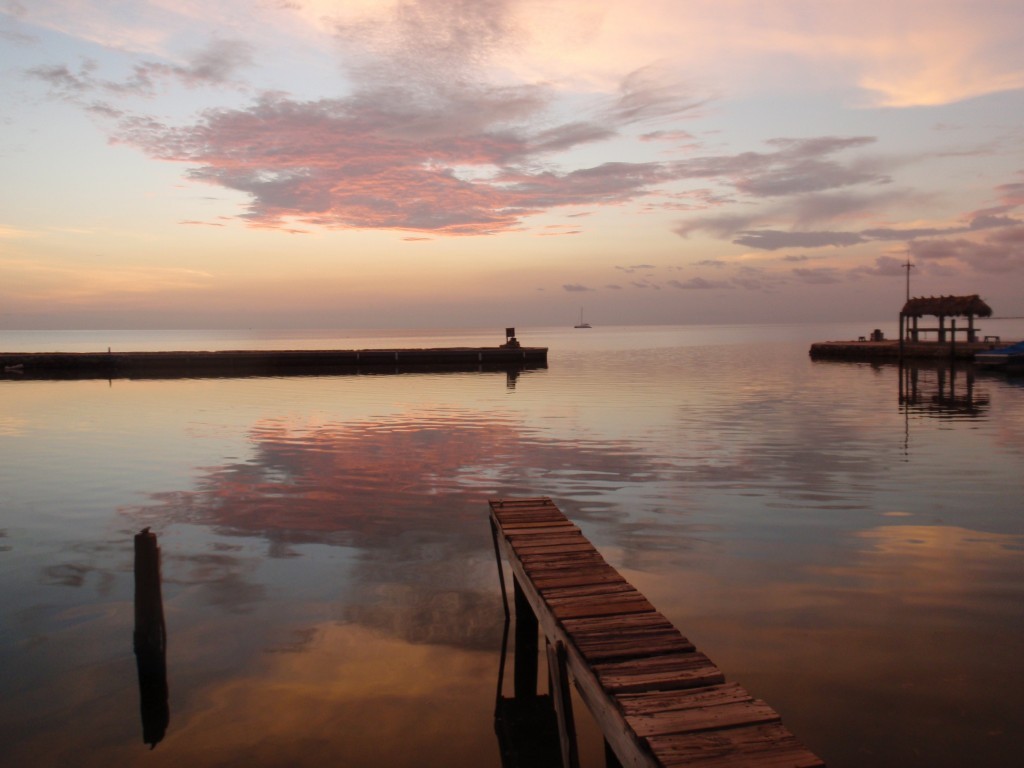 Yachting Weather Decisions are not always easy to make – but can make the difference between good times and not!

Enjoyable yachting starts with understanding and planning trips in relationship to weather patterns. It is much more enjoyable to be safely tied up to a sheltered dock than having to endure a rough day with guests looking at you with accusing eyes. Indeed the success of getting the family and friends to embrace the yachting lifestyle centers around smooth sailing. A wise skipper always plans alternative routes around weather – not only to ensure comfort, but safety and the well-being of the vessel. For instance, if the wind is ‘honking’ from the northeast, why not instead plan a leisurely trip in the protected waters of Biscayne Bay and the Keys south rather than risking a crossing to the Bahamas?

South Florida and the Bahamas share similar weather patterns. Winter months, from December to March, often herald weekly cold fronts moving in from the northwest. Because of the wind shifts predictably, many yachters wait for these fronts to cross over to the Islands. Because the Florida Straights (the body of water between Florida and the western Bahamas) become extremely rough when the wind shifts out of the north (Gulf Stream current moving against the wind), it is wise to move when the wind shifts to the south and west. As a cold front approaches, the winds start shifting in a clockwise manner, often allowing a ‘lull’ in wave activity with enough time to navigate between islands in comfort. After a cold front passes through, the wind often blows from the north and northeast until the next front charges through; thus encouraging smart boaters to stay put and enjoy the scenery. Sometimes the wind completely dies down during winter days, for spectacular flat water yachting opportunities. 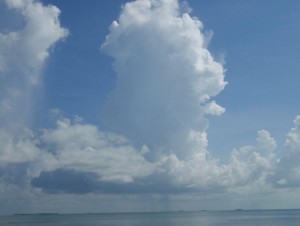 As winter moves to spring, cold fronts become less frequent, displaced by occasional large high pressure domes offshore in the mid-Atlantic (known as Bermuda highs) which bring steady easterly winds in excess of 15 knots for several weeks at a time. An advantage is that the water is now steadily warming; thus encourage more swimming activities.

Summertime is an absolute joy to enjoy yachting between South Florida and the Bahamas. One can live in a bathing suit, taking advantage of a quick dip whenever too warm in the abundant sunshine (take care to use sunscreen – often). With the summer season, many yachts disappear for the north, thus many marinas lower rates and have plenty of space. But the winds are light, often prevailing out of the south and east at 10 knots or less for weeks at a time. Summertime thunder-storms are quite frequent, typically forming in the late afternoon. These can be quite windy, with intense lightning and occasional water spouts (tornadoes over the water). It is best to avoid these by changing course and/or avoiding going out when these storms are forming.

Hurricanes are the nemesis of living in paradise. These occur when the water temperature becomes too hot. Often, at the beginning of the season, we see hurricanes forming in the Western Caribbean and southern Gulf of Mexico – often moving north and east to threaten west Florida. As summer advances, Hurricanes form in the eastern Atlantic, influenced by weather patterns rolling off Africa. Mid August through October are famous for these ‘marchers’ whose path often collides with the Bahamas, Florida and the southeastern US seaboard. The most dangerous storms often form quickly in the eastern Bahamas in late summer and pick up thermal energy quickly from the warm waters of the Bahamas and the Gulf of Mexico. Often the fall storms revert to the paths of the early summer storms by forming in the western Caribbean and moving north. Prudent owners will always have a hurricane plan in place and pay close attention to forecasts during the season.

The best advice for minimizing impact from these dangerous storms is to try to move out of their apparent path as early as possible. Seek shelter inland, up rivers or on the other side of the State. Remember that these storms often ‘push’ large surges of water in front of them and that the wind can change 360 degrees as the storms pass. Having good, plentiful lines and fenders are the best possible insurance for making it through storms safely. Staying onboard during a strong hurricane should be reserved for the purely foolish.

A Superior Skipper always makes Superior decisions which don’t require the use of his Superior skills! 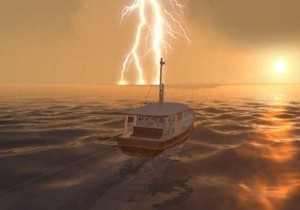 Venturing to the eastern Bahamas en route to the Caribbean islands, the prevailing trade winds are out of the east and start rising in the morning and steadily increase throughout the day, then dying off during the evening hours. Plan to take 4-7′ seas on the nose from the eastern Bahamas all the way to St. Thomas and beyond. A smart way to avoid this is to transport the yacht to the Caribbean and work back West going comfortably with a following sea. As one moves past the eastern Bahamas, the effect of cold fronts becomes less with the prevailing trades becoming dominant. However, once down in the Leeward islands, it is quite easy to move between islands on a north to south beam sea.

Our newest best friend to yachtsmen, is the advent of satellite weather which can overlay a plotter, making it quite simple to see where the weather is good or bad and to make the decision to stay or go. An electronic mix of weather reports are typically available though-out Florida and the Bahamas.

Weather routing services employ the services and resources of experienced meteorologists to assist in longer trip planning. A little known fact is that major ocean currents move in ‘eddies’ similar to weather systems and that reputable weather routing services can steer you through such eddies in real time forecasting, thus enabling safer and less bumpy conditions.

Tides can also play a dominant role in trip planning, especially if a vessel is draft restricted. For the most part, tides run 2-3 feet in Florida waters and less as one moves east and southeast. It is wise to be aware of the tide levels when operating in shallow areas and where current plays a role. The moon phase plays a significant role in tidal fluctuations.

NOAA Weather –  A comprehensive US government website with a variety of excellent forecasting tools from the National Oceanic and Atmospheric Administration.